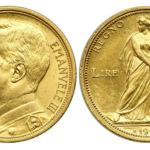 Italian 20 Lira Gold Coins are historical artifacts dating back to the founding of the modern Italian kingdom and nation. They were made to the same specifications and to the same high standards as the famous Swiss, Belgian, and French 20 Francs coins. At.1867 ounces, each of these 20 Lira Gold Coins contains about a fifth of an ounce of gold. Such issues are an excellent way … END_OF_DOCUMENT_TOKEN_TO_BE_REPLACED 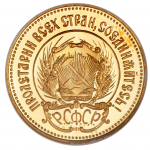 Gold Chervonets coins were first created by Imperial Czarist Russia, then revived by the Soviet Union, and again reintroduced under the patronage of the Bank of Russia in recent years. Since its inception in 1992, the Bank of Russia has been minting and promoting these coins. Until this time, investment and collectible coins were issued by the State Bank of the Soviet Union from … END_OF_DOCUMENT_TOKEN_TO_BE_REPLACED 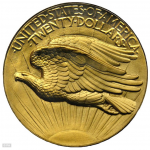 The usual moniker for $20 Saint Gaudens Double Eagles is the United States Double Eagle Gold Coin. These magnificent jewels are frequently recognized as the most attractive of all U.S. Mint-issued coins. This helps to explain their widespread appeal to both investors and coin collectors. The coins were in circulation until 1933, when then-President Franklin D. Roosevelt decided … END_OF_DOCUMENT_TOKEN_TO_BE_REPLACED 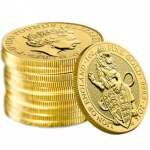 The Queen's Beasts Gold Coins from the United Kingdom are part of an intriguing new British coin series that spans ten years and ten designs. These coin themes and designs are properly based on the 10 heraldic beasts who stood watch over Her Majesty Queen Elizabeth II during her coronation over 60 years ago, and are brought to you by the historical and well esteemed Royal Mint. … END_OF_DOCUMENT_TOKEN_TO_BE_REPLACED 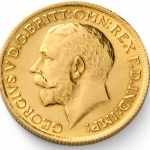 United Kingdom of Great Britain For much of the last thousand years of British mint history, Gold Sovereigns have been the gold standard in British bullion coinage. Gold coin enthusiasts are always on the lookout for these stunning pieces. Since the reign of the terrible King Henry VIII six centuries ago, the British Royal Mint has been producing Gold Sovereigns. During the … END_OF_DOCUMENT_TOKEN_TO_BE_REPLACED